I began to scan old Kodachrome colour film transparencies taken by my father. This post is about researching images with which you know nothing of where or when they were taken. I picked-up my magnifying glass, opened Google Chrome browser and travelled the world.

Finding a Place from a Photograph

The scanned photographs were found inside a Kodachrome box with “Honeymoon” handwritten on it. So I suspected these shots were from my parents honeymoon on the Spanish island of Majorca in 1957. 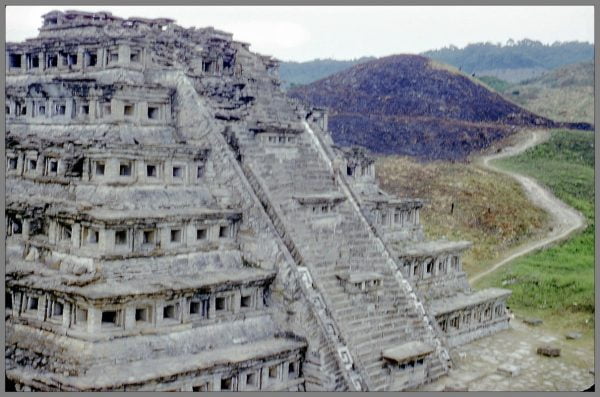 Where are these buildings? Clearly a ruin of an old pyramid shaped structure which I did not see on my only visit to the island in 1999. So I used Google’s Image Search: 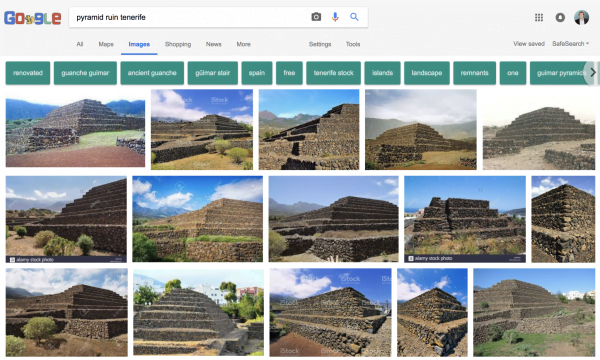 These are not my ruins so cannot be on Tenerife. After many searches and tweaking terms I gave up and moved onto these photographs of daredevil whirling acrobats with this search “acrobats spinning around a pole from ropes spain 1950s” 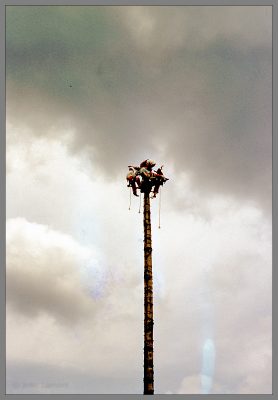 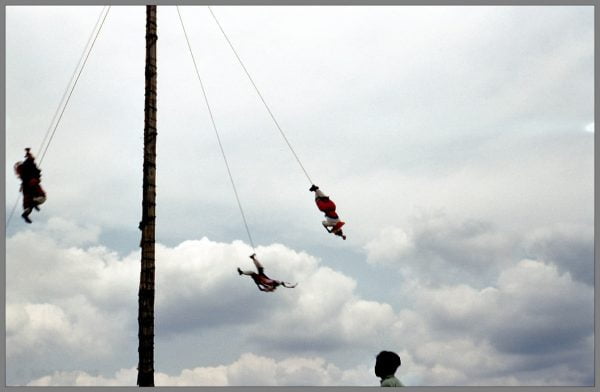 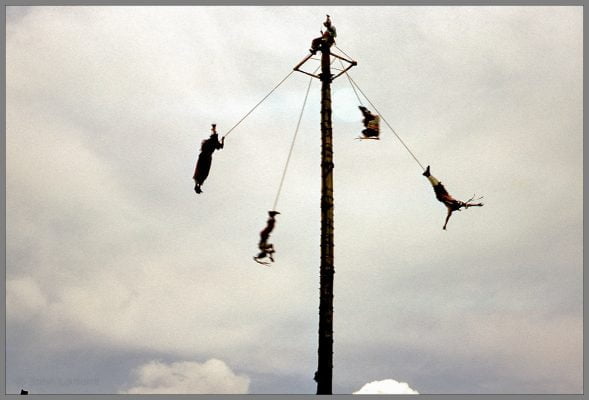 The red square are my acrobats as seen above. Clicking that search result tells me they are from Mexico which casts doubt on these images being the “Honeymoon” collection. Searching in Mexico I learned these people are called Voladores of Papantla or ‘flyers’ from an east Mexican town of Papantla. Which must explain these shots, of the flyers.

These three shots above intrigued me. Clearly taken at a festival (big wheel) and the crowd is watching something. In the foreground there are interesting spherical finials crowning the building which links the above two shots. Therefore the crowd is watching the flyers. The building on the right has clear geometric features that may show-up on a specific Google Image search for the town.

There it is above and it’s a church! From Google Maps I can see the vantage point from where my father took the shots of the flyers here in the 1950’s. I find that magical. While ‘travelling’ around the church in Google Maps I find this wall sculpture.

In the middle is a pyramid (!) which looks very similar to the first shots I scanned from the box. Another search tells me these are located 21 minutes to the west of here in a place called El Tajin, Pyramid of the Niches, Mexico.

It is easy to overlook how much detail exists in old photographs and using modern tools makes it surprisingly easy to find a location. Getting an accurate date requires more analysis of the media the photograph was shot on and in this I used a number of sites which pinned these photographs to being taken between 1950-1955 based on Kodak’s product design and production records.